Local Construction Spending Is On The Rise Posted 1/30/2013 by Aspen Rent-All.
Filed under: Construction in Aspen


Construction spending is on the rise in Colorado Springs. For the first time since 2006, spending allocated towards construction in Colorado has topped the $1 billion mark. But upon closer inspection, this good financial news delivers a mixed message.

While the market for family housing seems to be booming, it appears that spending in commercial construction was not quite as prominent in 2012. 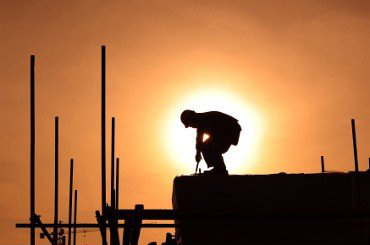 However, the dollar value of commercial permits went down approximately 19.5% from 2011, totaling $194.6 million. Although total spending was down, the number of permits issued still increased from 152 to 213. This can be taken as a sign that building activity is likely to increase in 2013.

But although the number of permits issued in 2012 increased, the bulk of developers in the area have reduced their plans in both size and scope. In addition, the majority of businesses in Colorado Springs are renovating or remodeling instead of building. As a result, larger contracts are harder and harder to come by.

As anyone reading this blog will know, the construction industry is a crucial part of the Springs economy, and Colorado as a whole. The taxes on construction materials inject millions per annum into the local economy, aiding the funding of essential public services: fire, police, etc. The fact that there was so much money spent last year on construction in Colorado bodes well for the citizens of Colorado Springs.

What will 2013 hold for the majority of the contractors in the Colorado area? What are your thoughts on this issue? How is your organization performing this year? Please leave your comments below.