How To Choose The Perfect Snow Blower Posted 11/19/2012 by Aspen Rent-All.
Filed under: Gardening | How To's | Landscaping Advice 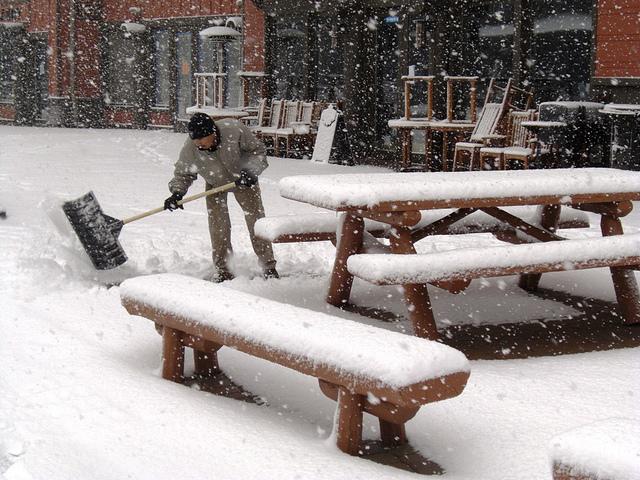 Shoveling snow is arduous, backbreaking work, even more so in an area such as Aspen, that has an annual snowfall of 178.8 inches. Snow blowers take the hard work out of clearing snow and get the job done fast. But which snow blower should you choose?

There are basically two types of snow blowers: single-stage and two-stage.

But what are the benefits and differences of each model? 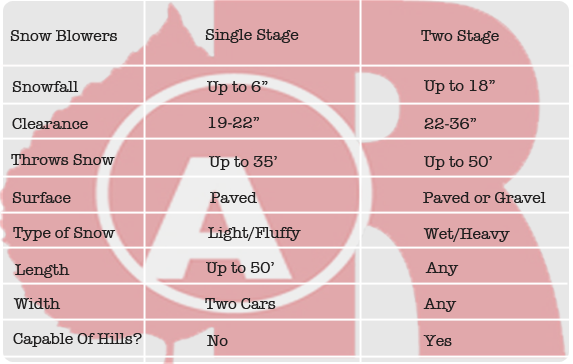 Just like the single-stage snow blower, a metal auger picks up the snow and ice. Only this time, the snow is thrown by a high-speed impeller that shoots it out via a discharge chute.

The auger of the two-stage snow blower does not touch the ground, so you have the all clear to use it on gravel as well as concrete.

The two-stage snow blower also has a much taller bucket, capable of handling large snow drifts.

So, if you are living in an area that has large, deep expanses of snow (Aspen!) the two-stage snow blower is the machine for you.

And wouldn’t you know it; we have a two-stage snow blower for rent here at AspenRentAll! We carry an Ariens Professional 32” snow blower. This heavy duty machine has a snow clearing distance of 32”, a throwing distance of 3’-50’ and a high performance, 3-blade, 14” steel impeller. The extreme traction and axle-mounted lockout on the Ariens means that it can handle the most unforgiving of terrain. As with all two-stage snow blowers, the Ariens can be used on gravel as well as concrete and earth.

To rent a snow blower and turn a backbreaking task into easy work, visit our snow blower rental page.